After five weeks of intense training, nine members of our Royal Marines CCF Section travelled to the Commando Training Centre Royal Marines to contest the Sir Steuart Pringle Trophy Competition against 18 schools from across the country.

Day one was a decidedly physical affair that comprised a number of military stances at the Centre and on Woodbury Common, including a stretcher race, the assault course, modern urban combat and first aid. On day two, the team started by completing the infamous Royal Marines Endurance Course. This was followed by an immaculate drill display by our team that was commended as 'faultless' by the inspecting Drill Instructor.

This is a fitting reward for enduring a regime of early starts and late finishes, and their performance undoubtedly exemplifies the pinnacle of elite performance. What is even more impressive is that these young men commit whatever free time they have to training for this event, with no impact on lesson time. While this is an intensive period for them, the skills they learn (about each other as well as themselves), along with the deep friendships they forge, will last a lifetime. Despite those early mornings, no doubt they will look back at their involvement with fondness and pride.

It is worth noting that in the last twelve years, King’s has come second on two occasions and won the trophy an incredible SEVEN times, matching the all-time win record.

A very special thank you must go to the intrepid Captain Pete Belfield for mentoring and training the team through this whole process. 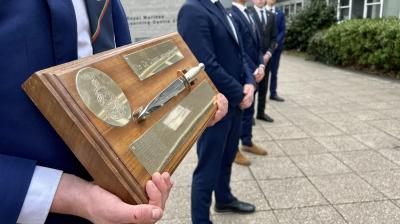 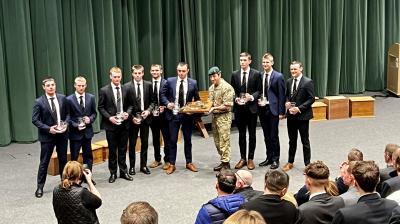 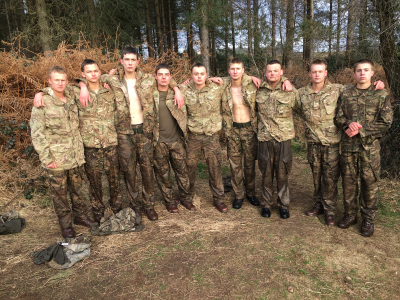