For two nights King’s Hall Arts Centre was filled with an expectant audience, thrilled to be able to watch the Year 6 children performing on stage.

The last time most of the children performed to a live audience was in Year 2. Their Year 4 play was ‘Ahmed and the Feather Girl’ which was a lovely collection of videos filmed at home during lockdown and collated into a wonderful retelling of the moving story of Ahmed.

Shakespeare Rocks! certainly did not disappoint. We transported the audience into the Globe Theatre by a collection of famous Shakespeare scenes from some of the most well-known plays.

The audience was whisked away into a tempest, sighed at Juliet on the balcony, smelt the witches casting spells on the heath, felt the madness of Lady Macbeth, danced with fairies, smiled at the absurdities in the woods and cried tears of laughter at the play of Pyramus and Thisbe.

All scenes were cleverly linked with narrators to engage and entertain. The children must be congratulated on performing such complex scenes to such a high standard and speaking clear Shakespearean language.

Next came the vibrant, toe tapping, uplifting, energetic Shakespeare Rocks! This was a quick dash through the life of William Shakespeare.  Colourful, authentic costumes engaged the audience as well as the modern songs sung with gusto. Dance moves were performed with accuracy and energy by the enthusiastic cast who should be commended on their ability to work as an ensemble. Comic lines were spoken with meaning and the children in role commanded the stage with an air of confidence.

The sheer delight on the faces of the Year 6 performing tells the story of how important drama and musical theatre is at King’s Hall. 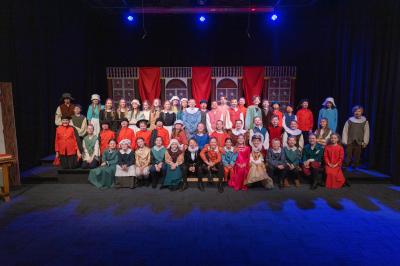 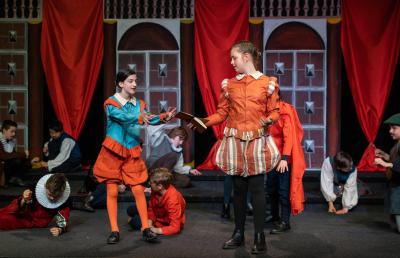 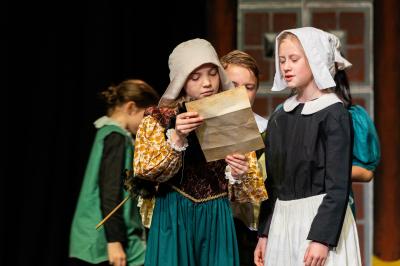 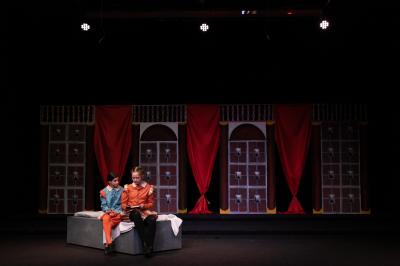 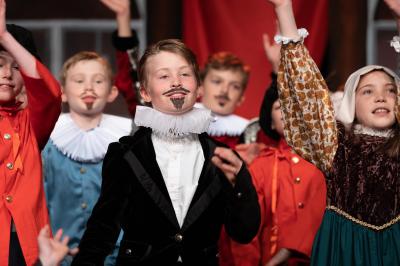 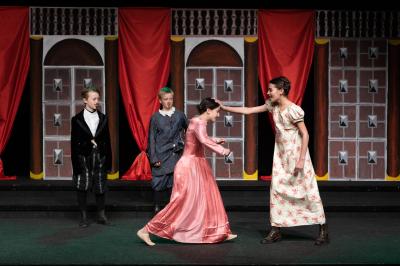 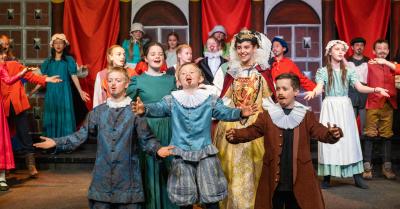 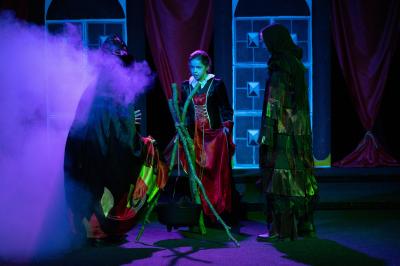 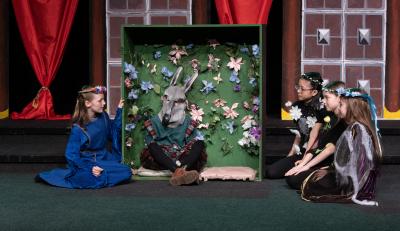 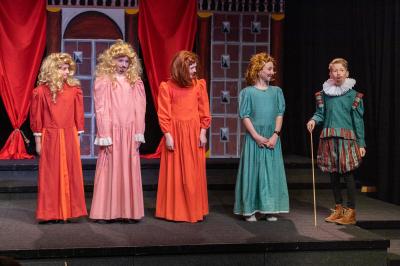