As the Summer Term draws to a close, our staff and pupils have ripped up the normal routine to enjoy the annual King’s Hall Arts Week celebrations. Music, drama, art, DT, dance and English, and in such glorious sunshine!

This exciting event sees the whole school community come together for a week-long extravaganza of creative workshops, theatrical performances and VIP visits. There was a real buzz around the school as the children experienced a wealth of activities and so much learning took place without the children even realizing!

The Bluebirds Theatre Company treated the whole school to a lovely outdoor production in the sunshine on the South Field.  Everyone was entertained by the music, song and story of The Musicians of Bremen, a folk musical based on the Grimm Brothers tale of four abandoned animals seeking a new life.  The show celebrated the musical potential of everyone and it was delightful to see Year 6 joining in the songs and acting after having workshops all morning in puppet making, song and musical theatre.  This joyful tale included some dramatic characters brought to life with life sized puppets.

All week the art department has been a colourful place with lots of socks, materials and accessories such as eyes and wool as Mrs Aladin and Mrs Watson assisted the children in making a sock puppet.  These creations have been seen walking around the school and many little puppet shows have taken place – scripts created and character voices used to entertain!

Mr Stannet has been busy teaching the children how to make finger puppets using paper and folding techniques and these puppets have also encouraged the children to be creative and tell stories.

Mrs Walker has kept the children active with dance workshops from the famous musicals ‘Cats and The Lion King’.  Whole year groups have been seen moving as Jellicale Cats and The Circle of Life.  Year 5 pictures show how they worked together to create the animals arriving.  The children learnt the essential rules of working as an ensemble.  Hopefully many have been inspired to visit the theatre and watch these iconic musicals.

On Tuesday the children were treated to a visit from award-winning children's author Tamsin Cooke.  Meeting an author in real life and hearing their passion for their work can fundamentally alter a young person’s relationship to books and ignite a life-long love of reading. Tamsin is the author of The Scarlet Files and Stunt Double Series which was shortlisted for the Eugenie Summerfield Children’s Book Prize.

Lots of rehearsing of a short script and singing of songs has been the challenge for Year 7 this week as they formally audition for roles in their production in the Lent term 2022.  If they have been singing ‘How Far I’ll Go’ and ‘Shiny’ can you guess the production ahead of us in November!

In art we were visited by Simon Ripley of Double Elephant print workshop in Exeter.  Year 7 pupils were split into 3 groups and each spent 2 hours learning the process of screen-printing, creating overlaid prints in contrasting colours. It was an opportunity for pupils to learn an art process that they haven’t done before but which we see the product of all around us. It was a wonderful day, enjoyed by all and we would like to thank Simon very much for his time and effort.

Carnival of the Animals could be heard around the music department this week as several classes have been introduced to this wonderful famous piece of music by Camille Saint-Saëns.

A super afternoon was had by the whole school as they watched the Yr 4 production of Noah’s Ark in sunshine in the Rose Garden. Super acting and singing by Yr 4, unique costumes, an ark and lots of amazing animals drawn and painted by staff and pupils.

Phew…now that’s a lot to take in over just five days! Until next year… 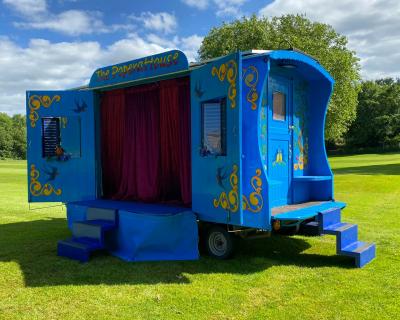 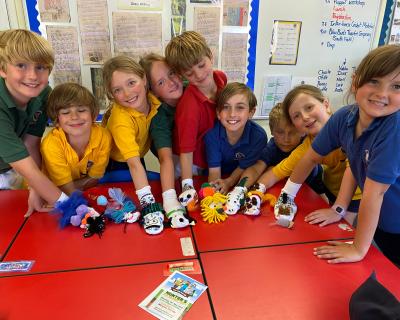 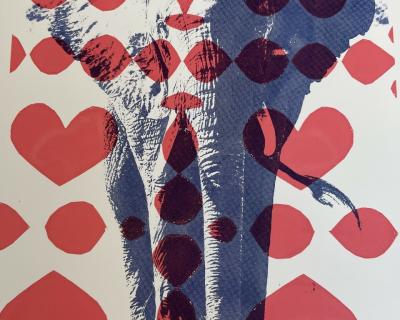 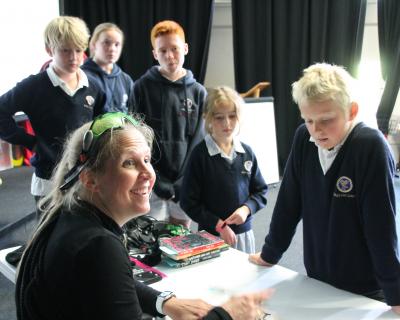 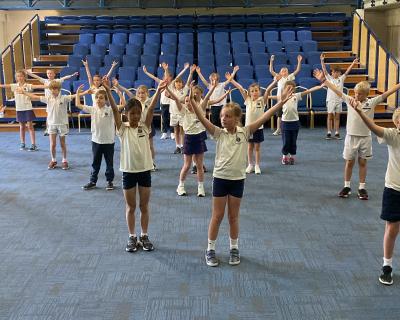 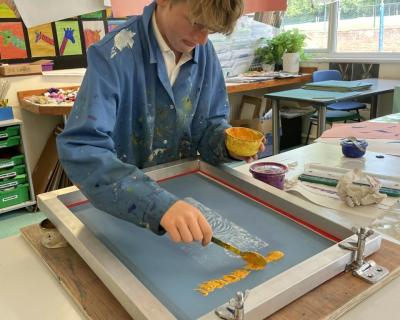 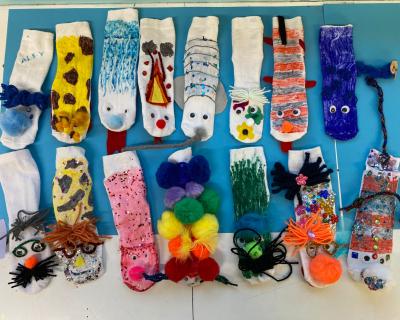 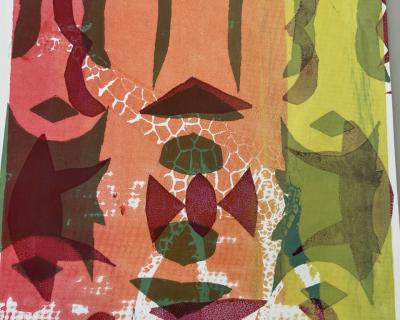 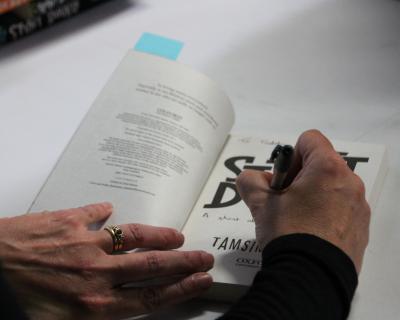 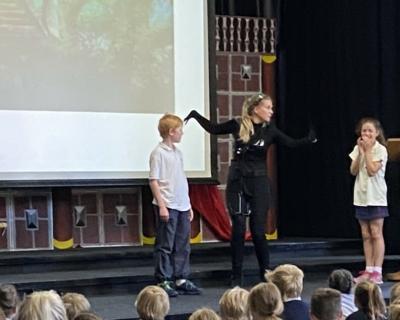 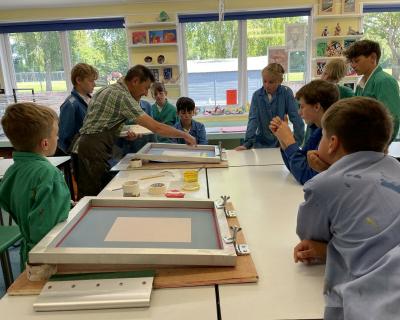 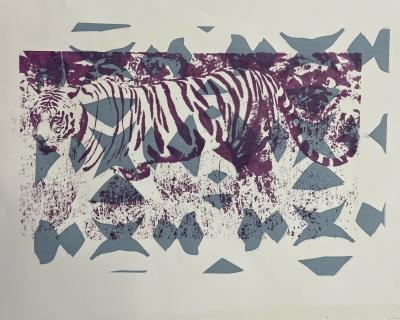