The teams arrived at Okehampton Camp on the Friday afternoon, where they were greeted by an already established base camp. After a safety brief, the pupils knuckled down to route planning and kit administration, before heading to bed in preparation for an early start.

In the usual fashion, the campsite's tannoy system began its Saturday morning call at 5am with the theme from Chariots of Fire. This wake-up call informed the participants that they had just two hours before they were required to set off.

Unfortunately, the low-cloud and hanging mist prevented the highly anticipated parachute display for taking place at the start of the event, but the 105mm artillery cannons fired at 7am sharp and our intrepid teams crossed the start line and embarked upon their gruelling routes across some of the finest and most challenging terrain the South West has to offer.

On Sunday, the 35-mile team crossed the line at approximately 1:40pm, and the 45-mile team at 4:50pm. Unfortunately, our 55-mile team, who were at this point down to four team members, did not make the 5pm cut-off.

One of the Army staff on the ground, sent in the following email:

“I was supporting the event on Hare Tor and your 45-mile, and 55-mile teams came through our Tor on their routes. The 45-mile team were on good form, albeit tired when they came through us around midday on Sunday and it was great to see that they made it to the finish – a great achievement.

However, it was the 55-mile team that has prompted me to write to you as they were truly inspirational.  When they got to us just before 2pm on Sunday they were down to four team members and clearly working extremely hard as a team. They knew they were tight on time; they had to cover over 12km in 3 hours to reach the finish in time which was going to be tight especially as by this stage they had already covered 80 odd kilometres and had very tired legs. The team arrived with us with a steely determination and professionalism – they were swiftly processed and headed straight off to their next leg – usually teams have a break at each Tor, but this team had a target they were determined to hit.

They left Hare Tor at a trot which was inspirational and humbling as we saw them head off over the next hill. I was sad to see that they did not make it to the finish I am sure they will be bitterly disappointed. I hope that, in time, they can see the positives from the experience – they will have grown, learned, and developed from the weekend in ways that today with sore feet and a dent to their pride will be difficult to see. They stood out from the rest of the 249 teams we saw with their determination, focus and good cheer.

They demonstrated the four elements of the Commando Spirit: courage, determination unselfishness and cheerfulness in the face of adversity, that they should be very proud of.” 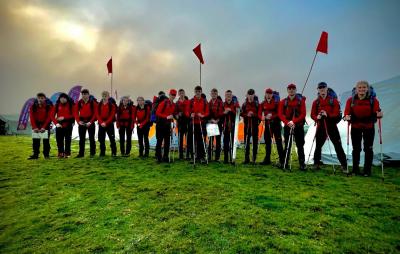 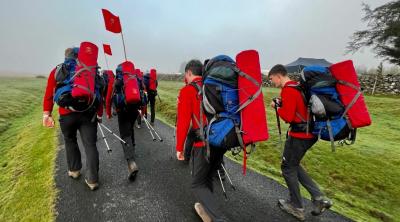 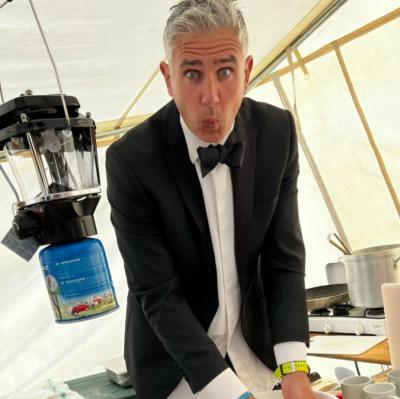