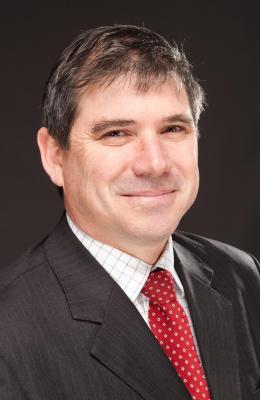 Born and educated in South Africa (SA College School and a BSc in Physics at Cape Town University), Richard won a Rhodes Scholarship to Oxford, where he read Maths and Philosophy at Pembroke College. He captained the university fencing team and is still a keen hockey and tennis player. His first teaching post was at Magdalen College School, Oxford, where he taught maths and physics and became Director of Studies. Richard then moved to Lancing College as Deputy Head and joined King’s College as Headmaster in 2007. His interests are sport, music (singing and the French horn), reading, cooking and travelling. 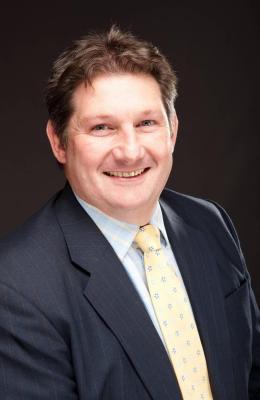 Justin is an old boy of King's College, Taunton where he was Head Boy and a very successful games player. He had his first teaching experience as a GAP student at the Dragon School, Oxford (where he had boarded as a boy from eight) and he went on to join the full-time staff as a maths teacher, 1st XV rugby coach and Assistant Housemaster. During the next 14 years he met Claire, they married and ran a boarding house of their own before moving to Salisbury where Justin became Deputy Head at Chafyn Grove School for four years. Now they live on-site with their three children and play a very full part in the life of the school. 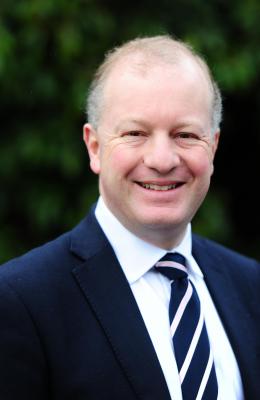 Having been educated at Exeter School, Jonty completed a Combined Honours degree in Geography and Sport and Recreation Studies, followed by a PGCE in Geography, at Birmingham University. His first teaching post took him to Wanganui Collegiate School in New Zealand, where he taught Geography and was Assistant Housemaster in a boarding house. On returning to the UK after nearly three years, Jonty was appointed to teach at Merchant Taylors’ School in Northwood, where over the course of seven years he became a Housemaster, Second in Department, Head of the DofE Award Scheme and 1st XI hockey coach. Promotion to Head of Department took Jonty to The Cheltenham Ladies’ College in 2006, where he subsequently also became Head of Academic Scholars. He joined King’s College in September 2013 as Deputy Head, Academic. 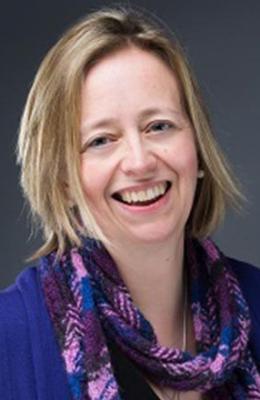 Jane studied Biology at Southampton University and after a brief career as a researcher (in agricultural genetics and for a gardening magazine) realised that teaching was her vocation. After eight years teaching in state senior schools, Jane made the move to King’s Hall in 1998 to teach science. She subsequently became Head of Science, Senior Tutor, Director of Studies and then Deputy Head (Academic). Still passionate about her teaching, she combines this with her various academic roles as well as organising the much loved annual Pony trekking trip to Brecon. 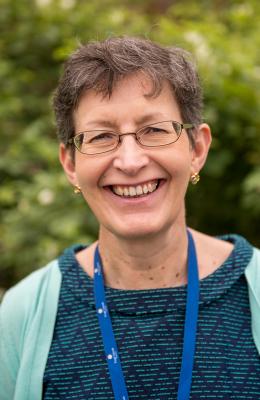 Having read German and Russian at Reading University, Karen obtained her PGCE in Modern Languages at Exeter University before teaching in the maintained sector for two years. Karen came to King’s as Head of German in 1991 and was housemistress of Meynell House from 1995 to 2003. Karen joined the Senior Management Team in 1998 as Senior Mistress and became Deputy Head (Pupils) in 2003. Her interests include music (she is presently learning to play the clarinet), reading and cooking. 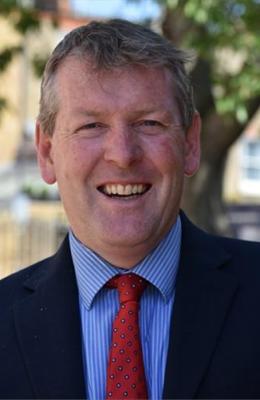 Born in South Africa but raised in New Zealand from the age of nine, Steve studied History and English at Victoria University of Wellington, New Zealand before completing his teacher training. After teaching for two years in Wellington, Steve arrived in the UK in 1996 and taught for five years in a state primary school in Surrey. He joined Fulham Prep in 2002 and fulfilled a number of roles in his time there. These included Head of Year 4 and 7, Head of English, Senior Master and finally Deputy Head. Steve enjoys teaching all ages in the prep environment as well as tackling the wide variety of challenges a day holds. He loves history as well as all sports, and he still manages to get to the cricket crease or golf course when time allows. He enjoys camping and being outdoors with his two sons who attend King's Hall. 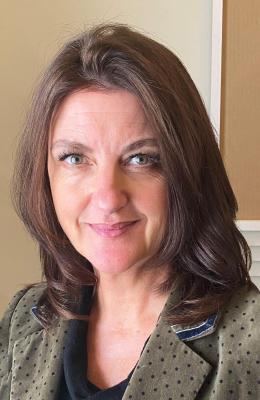 DIRECTOR OF ADMISSIONS AND MARKETING

Our Director of Admissions and Marketing, Kate Rippin, brings a wealth of knowledge and experience to King’s Schools, Taunton. Having graduated from the Italia Conti Academy of Performing Arts in London, Kate gained her Equity Card and spent a number of years working in musical theatre and media arts. Following this career, Kate took a more corporate path, working as an Executive Personal Assistant across a number of sales and marketing roles in London. Relocation to the South West saw a move into the education sector and more specifically independent schools, whilst raising her three children, Olivia, Megan and Isaac. Kate joined King’s College as Registrar in 2014 and became Director of Admissions and Marketing across both schools in 2017. Kate relaxes away from work through her continued passion for theatre and dance whilst spending time with her family and two dogs. 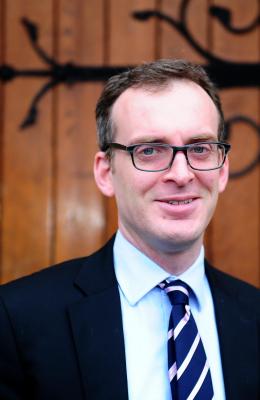 Oliver studied at the University of York, where he completed a BA in English and Related Literature. His first teaching job was at Ashdown House Preparatory School as a GAP music teacher. After graduating, he spent one year in Poland and one in France teaching English language. On returning to England, he worked in the maintained sector for two years before joining Lancing College in 2004. In 2006 he was appointed Head of English and fulfilled that role until arriving at King’s College in 2013. Literature is his main interest and he reads widely. Oliver is an experienced debating coach and the teams he has run have reached finals day in the Oxford Union and Cambridge Union schools’ competitions, and the national final of the ESU Mace. Playing the piano is his preferred pastime and he plays for occasional concerts, services and shows. His Saturday afternoons usually involve football. 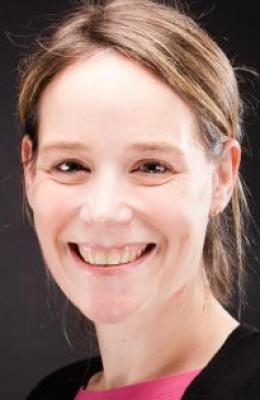 Claire graduated from the University of Plymouth in 1997 and began her teaching career in a large infant school in Hampshire where she stayed for four years. However she longed to return to her Somerset roots and in 2001 began her teaching career at King's Hall. During her time at the school, she has predominantly taught Year 1 but spend a couple of years in the Prep department teaching Year 4. She was appointed to Head of Pre-Prep in 2011, although was reluctant to leave the classroom so combines this role with being a Year 1 class teacher. Claire enjoys the challenge of long hikes across all terrains, although has taken a break from this for the past four years due to being a Mum to two small children. She recently reignited her passion for a more sedate hobby by joining a local choir to give her vocal chords a good work out. 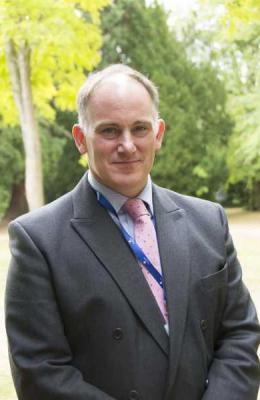 Simon is a graduate in International Relations with subsidiary Mathematics and has an Open University MBA with Merit. He is a former Infantry Major. During his time in the Army, he served in numerous locations including Iraq, Kosovo, Macedonia, Germany, Northern Ireland and also for the Directorate of Strategic Plans for the Ministry of Defence in London. He joined Prestfelde School in Shrewsbury (part of the Woodard family) in 2011 and became Director of Finance and Operations at King’s in January 2018. Simon and his wife Rose have two children who are both at King’s. Simon’s interests include spending time with his family and taming the garden. 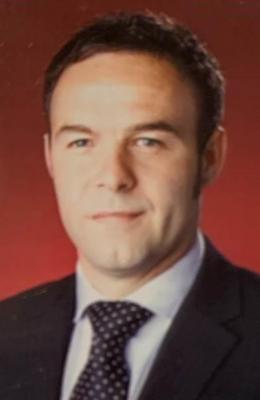 Following the completion of a BSc chemistry degree at Cardiff University, Dafydd travelled to New Zealand to coach rugby at the Auckland Marist Rugby Club. He then returned to the UK to take up his first teaching post at St Dunstan’s College in London. After five years, he and his wife moved to New Zealand and he was appointed as a chemistry teacher at Auckland Grammar School. In 2009, he joined Warwick School as 1st XV rugby coach, then promoted to Head of Year and later, Head of Sixth Form. Dafydd moved his young family to Wales as he became a Housemaster at Llandovery College. During his time he was also a Head of Department and Head of Co-Curricular. He joined King's College in 2017 along with his wife, who became Housemistress of Carpenter House. Dafydd’s won National awards in Wales as a rugby player and in New Zealand as a coach. He was selected for the NZ Barbarians playing alongside a number of All Blacks in 2001. He loves to travel and has a huge interest in many genres of music. Dafydd is married, with two daughters at King’s Hall School.